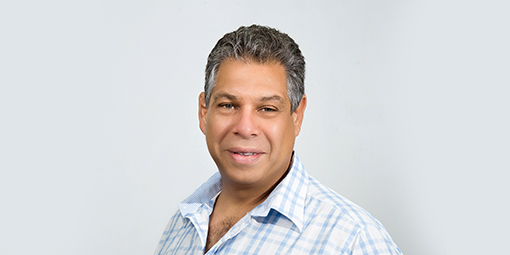 [vc_row][vc_column width=”1/1″][vc_column_text]Michael Eric Gossmann, founder and managing member of Amlec, certainly needs no introduction in the electrical, fire safety and security markets. As a man of integrity in all of these industries, Michael has excelled as a self-starter, dedicated businessman and mentor to more than just a few hundred people. In fact he has been actively involved in training and mentoring over 2000 people and has successfully found work for over 300 people.

With his goal orientated approach and dedication to non-discrimination on all levels, it comes as no surprise that Michael has been a committee member for numerous institutions. He has also been a trusted supporter of many organisations across a variety of industries.

For Michael, there is no such thing as a short cut and the only way around a problem is to work through it. His thorough problem solving skills and the ability to see opportunities, ideas and viable solutions that others too quickly overlook, have certainly earned him great success in his various business endeavours.

Those close to Michael in both a personal and corporate setting would describe him as passionate, enthusiastic and determined – and these qualities are confirmed in each and every successful business endeavour that Michael is involved in.

When it comes to character and integrity, Michael has it all and some to spare. The women on his staff complement applaud his commitment to empower women in the work place and allow them to gain an equal footing and say in the business world. His team describe him as having the ability to “see” beyond the ordinary person and strongly believe that this is what makes him such a powerful leader.

The malleable side of Michael’s character has been his contribution to various charity organisations and his unfailing will to support his staff during rough times. Michael finds great fulfilment in his business endeavours by sharing the glory and monetary rewards with his staff and colleagues – a trait not often found in successful businessmen.

Michael’s strength of character, determination and dedication towards success shines through in many of the stories he has shared about his youth and past with his team. One such story tells of Mike playing a tough game of rugby, against formidable opponents under adverse weather conditions. He took a huge tackle and whilst on the deck was faced with the choice to cry off injured or get up and tackle back – I think you all know what he did. Mike’s decision and actions on that day epitomise the boy he was and the man he was to become.

Michael places a great deal of emphasis on leading by example and as such has gone forth and earned himself the following accreditations, course completions and recognitions:

While this list is impressive it is the least of positive qualities possessed by Michael Gossmann. As a man of his word, and his belief in everyone being entitled to chance and opportunity, he leads a fine example for those looking to excel in the industries that he works in.

To find out more about Michael and his skills / portfolio, kindly contact him directly.[/vc_column_text][/vc_column][/vc_row]

THANK YOU for the excellent service we as Boston have received from Amlec since we opened here in Pietermaritzburg in 2003. So it means it is now 17 years and counting! ☺ Kind regards, Joan

Dear Neil, I appreciate your call and thank you for the wonderful service I’ve received and not that I’ve need your company it was nice to know that you just a call away. You welcome to use my comment about Amlec wonderful service and Niel’s personal touch. Kind regards, D.Abbott

Hi Neil, I would just like to commend one of your members on their great service, knowledge and being so humble whilst doing the installation. I will get his name wrong but maybe it was Bongi (Sbu) whom came from Peters Security to join your team. Wow he is a real asset to your company , keep up the good work he was very professional in the way he conducted business. kind regards, Jason Mclennan(PostNet Victoria Square)

Dear Jolene, Thank you to you and your team at Amlec for all the kind assistance and prompt attention during at all times. Every one of you have certainly gone above and beyond the call of duty. It was always a relief to know that I was going to get assistance and guidance during the many times that I could not reach the heirs to intervene. The service was sterling. I am however grateful that this transfer has been concluded

Hi Shonelle, Thanks for the message, much appreciated. I do hope that Barry will be able to sort out what is happening as the Olarm in principle is great and I’ve been very happy dealing with the Amlec control room and armed response teams. The control room people you have are really great and have been very patient and professional, even though this must be quite frustrating for them as well, and it is a huge relief to finally have an armed response time which is acceptable! Looking forward to feedback when available. Kind regards, Kate Watts

Compliments to the entire team for the attention given to me with the installation of my Radio Device. All is in order and working well. Regards to Wendy – Shonelle and the Technician. Well done - you guys are a good team.

I would like to say how happy I am with Amlecs services. They are attentive organised friendly and always concerned for the safety of this clinic. In all the years I have dealt with security firms professionally, this is the first company that have been so efficient in every aspect of their job. I feel honoured and protected every time they phone me. Thank you once again for looking after us.

Thanks for your quick response. Compliments to your technicians for their efficient service. Whilst the technicians were on site they passed on tips on maintenance of equipment which is vital for the long life which is sure to keep consumer costs down.

Hi Mike, I must complement you on the way Amlec Electrical is operated. The Service is excellent right through from responding to requests , quoting and the actual work performed.

Lance and his apprentice are a pleasure to work with. Excellent manners

Thank you for the good service, you guys were great!

Latest from our Blog